Professional arbers are well aware of the current situation on the market and quite successfully bypass the obstacles that bookmakers put in their way. Thanks to their experience, they know exactly what to do in a particular case. But all the basics are available to novice betters, it is only important to carefully approach the issue and familiarize yourself with all the intricacies of the process.

Why should you use a surebet scanner?

Betting Situation Scanner is a professional program designed to analyze the quotes of a certain number of bookmakers in order to determine the occurrence of arbitrage. This applies to surebets, overvalued odds, and middles. All these strategies have their own characteristics and advantages, but for competent work with them, it is almost impossible to do without a scanner. There are several reasons for this:

This is only a small part of the advantages that programs for finding surebets have. You just need to look at the available offers and choose the most suitable one.

The rating presented on the site includes the best scanners that have passed numerous tests and have proven themselves from the best side. Why you can trust this rating:

The compiled rating is not just a list of popular resources. Here are only the best offers, which, depending on the changing functionality, can either go up the list or go down. The first eight places compete with each other, while the rest are actively pushing them from the bottom. At the top of the top are the following scanners:

Special attention should be paid to recent data. Judging by the available information, a new scanner - Arbray - will start working in the near future. At the moment, the program is undergoing final tests and will soon be available to the public. Information coming from specialists indicates that it will be one of the most powerful and reliable scanners, which means that betters will soon be able to find mention of it in this rating. 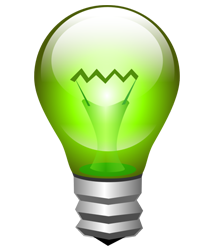 Every year, despite all the incoming news and rumors, betting arbitrage is gaining popularity all over the world. Each person who has an account in one of the bookmakers does not disregard information about the strategy with which you can have a stable profit. Even if the better does not become an arber himself, he still studies new data and tells others about it.

The growing popularity can also be noticed with the help of scanners. If arbitration were dying, then new scanners would not appear every month, as this would not be financially profitable. And now, on the contrary, programs are being developed around the world that are tuned to study the quotes of all bookmakers and find a good bet.

However, betting surebets, overvalued odds and middles are no longer profitable as easily as they were a few years ago. Bookmakers actively oppose arbitrageurs, despite the fact that this is an absolutely legal process. The company does not have the right to directly block the account (although there are such cases), but it can harm the better by making further use of the personal account impossible. In order not to encounter difficulties, it is enough to follow simple rules known to every professional arbitrator:

The more competently the better acts when using one of his accounts, the longer this account will be able to work without any problems.

Why can't you succeed in surebetting? 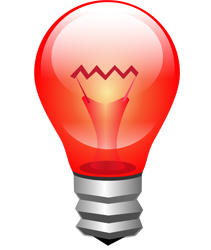 Despite the possibility of working with minimal risks, there is always a chance not to achieve the expected result. Unlike ordinary bets, where the better can simply not guess the outcome, in betting arbitrage, losses are associated with various third-party problems that can arise at any time:

The bettor has no way to influence most of these situations, so it remains only to follow the unspoken rules and be prepared for the fact that there is a risk of losing some of the available funds.

Using the information provided on our website, each person gets the opportunity to get acquainted with all the intricacies of betting arbitration. Despite the focus on compiling a detailed rating of scanners, we also offer a lot of useful information, among which both novice bettors taking their first steps and professional affiliates can find the necessary data. We monitor the situation in the field of arbitration, check the leading platforms, create special chats in our Facebook group where arbers can communicate with each other, and all this is done with one goal - to give everyone the opportunity to succeed.